The Tour Will Head to Newark, N.J. for back-to-back performances set for Oct 1 & 2

NEWARK, N.J. (February 12, 2018)– 11x GRAMMY-winner and multi-platinum selling artist Bruno Mars has announced the last set of new dates that will be added to the 24K Magic World Tour, which will include back-to-back performances on Monday, October 1 and Tuesday, October 2 at Prudential Center. The newly announced dates of the entertainment-packed tour, produced by Live Nation, will also feature Billboard chart topping “Finesse” collaborator Cardi B.

Tickets for the new dates will go on sale to the general public beginning Friday, February 16 at 12pm local time at LiveNation.com. Tickets for the postponed October 30, 2017 Denver show will be honored for the newly scheduled September 7, 2018 show only. Additionally, tickets will be available to at the Prudential Center Box Office on February 16 after 12pm or by calling by 1-800-745-3000.

The incredible 24K Magic World Tour kicked off March 28, 2017 in Antwerp, Belgium and will have made over 135 stops across North America, Latin America, Europe, and the U.K after its final leg. The massive outing has sold out stadiums and arenas all over the world, selling over 2 million tickets thus far.

The 24K Magic World Tour celebrates Mars’ 2x RIAA Platinum-certified album, 24K Magic (http://smarturl.it/24kmagic), released in November 2016 via Atlantic Records. The 24K Magic World Tour has been Mars’ first full length tour since his hugely successful Moonshine Jungle World Tour in 2013, an international blockbuster that sold 2 million tickets worldwide across 155 sold-out  dates. Mars most recently appeared on the 60th GRAMMY Awards for a show-stopping performance of his hit single “Finesse” with fellow chart topper Cardi B. Mars also swept the awards that night, taking home the seven GRAMMYs he was nominated for, including Album of the Year (24K Magic), Record of the Year (“24K Magic”), Song of the Year (“That’s What I Like”), Best R&B Performance (“That’s What I Like”), Best R&B Song (“That’s What I Like”), Best R&B Album (24K Magic), and Best Engineered Album, Non-Classical (24K Magic).  Mars’ 60th Annual GRAMMY wins make him only the tenth artist to win the “Big 3” (Album of the Year, Record of the Year, and Song of the Year) in the same night, following Simon and Garfunkel, Eric Clapton, Norah Jones, and Adele.

Mars’ 60th Annual GRAMMY wins make him only the tenth artist to win the “Big 3” (Album of the Year, Record of the Year, and Song of the Year) in the same night, following Simon and Garfunkel, Eric Clapton, Norah Jones, and Adele.

Bruno’s critically acclaimed and RIAA certified double-platinum album 24K Magic marked his highest first week sales debut, remaining in the Top 10 on the Billboard 200 for an impressive 44 consecutive weeks. The lead hit single “24K Magic” is certified four times Platinum by the RIAA and the follow-up smash, “That’s What I Like” is certified six-times Platinum. “That’s What I Like” also climbed to No. 1 on the Billboard Hot 100, marking Mars’ seventh Hot 100 chart-topper and his first No. 1 on the Hot R&B Songs chart, where it remained in the top-spot for 19 consecutive weeks. His latest smash collab with Cardi B, “Finesse,” has recently skyrocketed to #3 on the Billboard Hot 100. The track surged up the chart from its #35 debut, and follows Michael Jackson’s “Black or White” as the second #35 to #3 jump in the Hot 100’s history. The remix also marks Mars’ 15th Hot 100 top 10 and 14th Hot 100 top 5.

Mars is now the first male and third act overall to have at least three top 5 Hot 100 hits from each of his first three albums, following only Mariah Carey and Beyoncé. Bruno is also the first artist to have two songs spend 24 or more weeks in the Hot 100's Top 5 (“That's What I Like” and “Uptown Funk”). He is the only artist in the past year to have both a four-time and six-time platinum single from the same album. Additionally, Mars is one of the few artists to have written and produced all of his No. 1 hits and has had a No. 1 song on the Hot 100 from each of his first three studio albums.

With seven Hot 100 No. 1’s, Mars is ranked No. 1 among male artists with the most Hot 100 No. 1s for this decade, extending his lead over Justin Bieber, Drake, Eminem, and The Weeknd. Mars has been traveling the globe on his massive 24K Magic World Tour, which sold more than 1 million tickets in a single day. In 2015, Bruno dominated music charts with the hit single “Uptown Funk,” which took home three GRAMMY Awards, including Record of the Year. 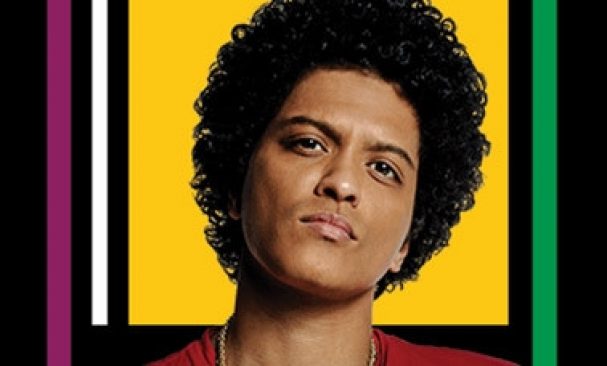