NEWARK, NJ (April 29, 2019) – Today, Academy Award®-nominated, Golden Globe- and Tony Award-winning performer, Hugh Jackman, announced that 10 dates in October have been added to his first world tour. Due to overwhelming demand, the tour will make second stops in Boston, Chicago and Philadelphia as well as added shows in Uniondale and Pittsburgh. The Man. The Music. The Show. will see Jackman performing hit songs from The Greatest Showman, Les Misérables and much more from Broadway and film, accompanied by a live orchestra. The tour is produced by AEG Presents and TEG-Dainty.

Tickets for Prudential Center on October 6 are on sale to the general public Friday, May 3 at 10am. American Express® Card Members can purchase tickets before the general public beginning Monday, April 29 at 10am local time through Thursday, May 2 at 10pm local time. A limited number of exclusive VIP packages will be available for sale. These exclusive offers can include an amazing selection of reserved-seated tickets, custom merchandise (designed exclusively for package purchasers) and much more. For more information please visit HughJackmanTheShow.com.

The tour will kick off with 26 shows across Europe and the UK beginning Tuesday, May 7th in Glasgow, Scotland at The SSE Hydro, with stops in Amsterdam, Paris, Manchester, Dublin and London with six shows at The O2. The 33-date North American leg will begin June 18th at Toyota Center in Houston with stops in Salt Lake City, San Jose, Newark, and Kansas City, as well as three shows at Madison Square Garden in New York and two shows at the Hollywood Bowl in Los Angeles.

Hugh Jackman has made an impression on audiences of all ages with his multi-hyphenate career persona, as successful on stage in front of live crowds as he is on film. From his award-winning turn on Broadway as the 1970s singer/songwriter Peter Allen, to his metal claw-wielding Wolverine in the blockbuster X-Men franchise, Jackman has proven to be one of the most versatile actors of our time.

Jackman garnered his first Academy Award® nomination, for Best Actor, for his performance in Tom Hooper’s Les Misérables, based on the popular stage show created from Victor Hugo’s famous novel of the same name. Jackman’s standout performance as protagonist Jean Valjean also earned him a Golden Globe Award for Best Actor in a Comedy/Musical, as well as Screen Actors Guild (SAG) Award® nominations, for both Best Ensemble and Best Male Actor in a Leading Role, and a BAFTA Award nomination. Most recently, he was nominated for his role as P.T. Barnum in The Greatest Showman. Sales for the soundtrack to the film have broken records the world over and reached multi-platinum status in many countries including the UK and America. 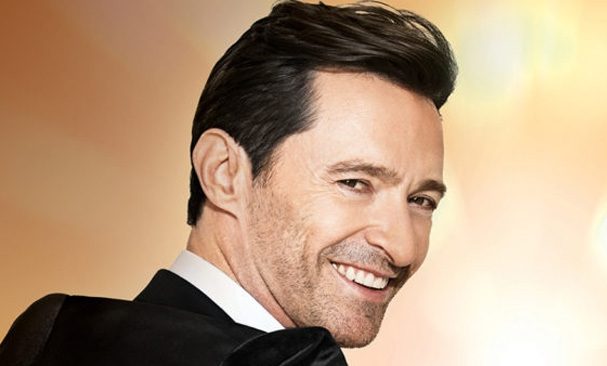